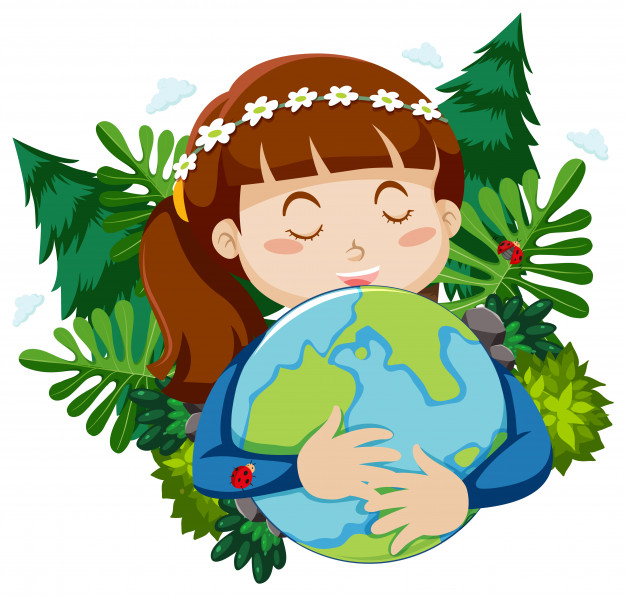 How dare you pretend that this can be solved with just ‘business as usual’ and some technical solutions? With today’s emissions levels, that remaining CO2 budget will be entirely gone within less than 8 1/2 years.’

Greta Tintin Eleonora Emman Thunberg is a Swedish environmental activist who has gained international recognition for promoting the view that humanity is facing an existential crisis.

As we all know, we are facing an international crisis that threatens our very existence itself. Several climatic activists have already understood the situation and stood up against it. For example, Naomi Klein, Laurie David, Paul Watson, etc.

The name of this international crisis is called Global Warming.

Gases like Carbon dioxide, (CO2) is made when we use fossil fuels to supply power, etc. Methane, which is produced when organic matter decomposes in an absence of oxygen. (You can also call it marsh gas or CH4) or Nitrous oxide. It is produced when bacteria break down in the nitrogen compounds and soils in the ocean (It is also known as laughing gas or N2O.) These gases are called greenhouse gases (GHG).

These gases trap the heat from the sun and do not allow it to escape from the earth’s atmosphere, thus creating a blanket of warmth around the planet, which keeps the earth from freezing like mars. This is called the greenhouse effect.

When comparing the different impacts of these gases, we usually refer to them as “Carbon Dioxide Equivalents.’’ This is a measure that is based on the potential that each gas has to contribute to global warming. This graph shows the relative contribution of various greenhouse gases to total global warming.

Over the years, an increase in the amount of these gases due to pollution has led to a gradual rise in the earth’s temperature. This is called Global warming.

To understand climate change, think of the game Tetris. For eons, Earth has played a version of this game with blocks of carbon. They enter the atmosphere as carbon dioxide from volcanoes, decaying plant matter, breathing creatures and the surface of the sea. And they leave the atmosphere when they’re used by plants for photosynthesis, etc.

To understand climate change, think of the game Tetris. For eons, Earth has played a version of this game with blocks of carbon. They enter the atmosphere as carbon dioxide from volcanoes, decaying plant matter, breathing creatures and the surface of the sea. And they leave the atmosphere when they’re used by plants for photosynthesis, etc.

This game of Tetris that Earth has been playing is known as the carbon cycle, and it’s the engine of life on earth. What’s the connection to climate? The more carbon dioxide blocks hang out in the atmosphere waiting to be cleared, the warmer earth becomes.

Just like in Tetris, the more blocks pile up, the harder it becomes to restore stability. The carbon dioxide accelerates the greenhouse effect, which traps more heat and causes ice caps to melt. And the more they melt, the less sunlight they’re able to reflect making the oceans warmer.

Sea levels rise, coastal populations are threatened with the possibility of flooding, natural ecosystems are disrupted, and the weather becomes more extreme over time.

For example, as the more polar ice caps melt, the more chances there are that Polar bears will cease to exist. This happens as Polar bears hunt seals by waiting for them to come to the surface of sea ice to breathe. When the seal nears the surface, the polar bear will bite or grab the seal and pull it onto land to feed on.

Now as the sea ice has started to melt, and that now that the Polar bear species cannot eat them, the seal species will start to thrive. Seals mainly eat fish. So, the fish population will decrease. Which means that there will be less fish for other species who mainly eat fish. Which also include us Human beings. Which means a loss in the fishing industry.

Global warming has caused extreme climate change and rapid melting of ice in both polar caps and mountain glaciers. Lakes around the world, including Lake Superior, are warming rapidly- in some cases faster than the surrounding activity.

Animals are changing migration patterns and some are going extinct because of the wild climate change. For example, the Arctic wolf. It is also known as the polar wolf or the white wolf. Their most common prey targets are caribou, arctic hares, lemmings and musk ox. They’re not afraid to go after creatures that are markedly bigger than them, notably caribou. Other components of their diet are birds, such as ptarmigans, and seals. This wolf species greatest enemy is considered as climate change. Because of this extreme climate change, it is hard for them to find food and survive.

Many species of plants and animals are already moving their range northward or to higher altitudes as a result of warming temperatures, according to a report from the National Academy of Sciences.

But some people believe that this is just a hoax and that this is not true. For example, when U.S president Donald trump was asked outside the white house about the findings that unchecked global warming would wreak havoc on the US economy, he said:  “I Don’t believe it.’’

Fortunately, On 1 April 2016, the United States and China, which together represent almost 40% of global emissions, issued a joint statement confirming that both countries would sign the Paris Climate Agreement. 175 Parties (174 states and the European Union) signed the agreement on the first date it was open for signature. The Paris Agreement’s central aim is to strengthen the global response to the threat of climate change by keeping a global temperature rise this century well below 2 degrees Celsius above pre-industrial levels and to pursue efforts to limit the temperature increase even further to 1.5 degrees Celsius.

As of February 2020, 194 states and the European Union have signed the Agreement.

The only country yet, who had pledged but then pulled out of the deal is the United States.

And there is only one way we can preserve our earth.

We need to change. And we mean Everybody.

As individuals, our greatest weapon in this battle is the ability to control our own carbon footprint. And remember as individuals, we number in the billions.

Our carbon footprint refers to the greenhouse gases released into the atmosphere because, of what we do or buy.

Now, let’s see how a carbon footprint is calculated.

Let’s look by sending a text message from a cell phone. Direct climate change impacts when we use a product. In this case, my cell phone to write a text message. And the recipients’ phone to read it. This requires the use of electricity. If this electricity was generated by burning coal or some other fossil fuel, this text message has a carbon footprint.

These occur due to the production and distribution of cell phones. For example, Fossil fuels may have been used to supply power to the Phone factory and then to transport the phone to the retailer. And then, if someone drove there to buy a phone? Well, you can imagine. Calculating the carbon footprint of an activity can be challenging, but just being able to make informed decisions when choosing one activity over another is what really matters.

Here are some tips on a few activities.

The term “Food Miles” is often used to describe the potential greenhouse gas impact on agricultural products. Generally speaking, locally produced food is associated with fewer food miles. Foods that arrive by air have a much larger carbon footprint than those that arrive by ship. Likewise, that has been grown in heated greenhouses also have a high carbon footprint.

Meat and dairy products also have a high carbon footprint, due to the methane caused by cattle. And then, there’s deforestation, to provide grazing grounds.

Surprisingly, the easiest way to reduce greenhouse gas associated with our food supply isn’t watching what we consume, instead, its reducing what we don’t consume. According to the food waste in Canada study, an estimated 40% of food is wasted.  And because Methane is made when food decays in the landfills. So discarding food makes the emissions in the consumption and production cycle even worse.

Based on average ridership, a train is the greenest mode of transport. Followed by an automobile carrying multiple people. However, if we include emissions associated with building infrastructures, like rail lines and roads, the actual carbon footprint of a vacation can increase significantly.

Transporting a family across the country or across the world, burns a lot of fossil fuel and is expensive. Luckily, for us Indians, we live in one of the world’s top tourist locations. Why not take the time to visit the Taj mahal?

Or take the time to re-explore your city?

Surprisingly, the amount of fuel consumed in city driving is used during acceleration. To reduce this, use the most efficient route possible. Combine trips, and travel at off-peak times.

Reducing idling time is also important. Idling for 10 minutes a day can produce a quarter ton of carbon dioxide emissions each year. Maintaining your vehicle and checking its tire pressure at least once a month, can reduce fuel consumption by as much as 10%.

And finally, travelling by transit or bicycle or even walking, benefits more than just the earth atmosphere. It allows us to enjoy the added bonuses of physical activity and social interaction and improves our health, while also saving money.

These are only some of the ways needed to save our planet. And we can’t wait for the next Greta Thunberg to come and tell us. We can’t wait for someone else to act. Even small, irrelevant, actions may make a big change. Remember, every ocean starts from a tiny drop of water.

I would like to end with a quote by Mahatma Gandhi.

‘’ Be the change you want to see in the world’’

We need to act now. We only have one shot at making this right. So, let’s make it work.