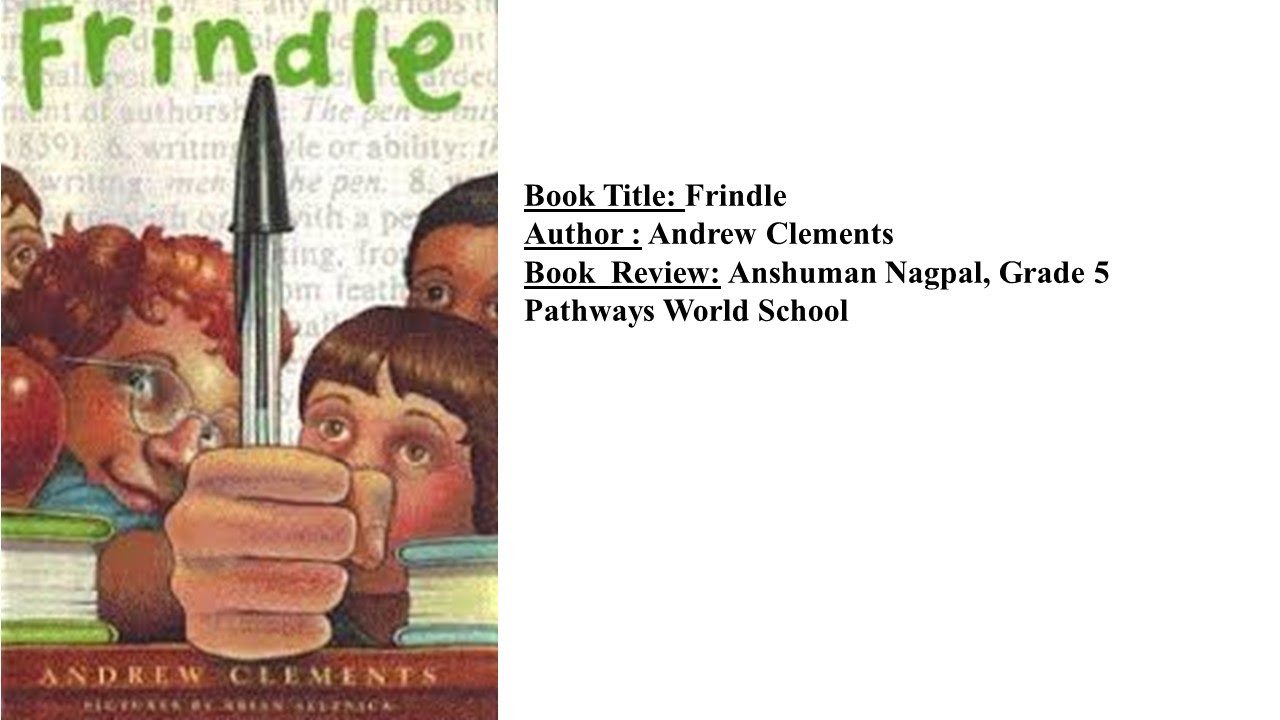 Frindle is an American children’s novel written by Andrew Clements, illustrated by Brian Selznick, and published by Aladdin Paperbacks in 1996.

This book talks about a young boy named Nicholas Allen, who invented the word ‘Frindle’.
It all started when Nicholas and his friend, after school, wanted to see who walked down a curb and for the longest time. Once his friend’s pen fell off and they reached their homes, Nick stepped down, got his friend’s pen, and said “Here’s your Frindle” instead of the pen. Soon the word became popular in his class with Ms. Granger’s (his 5th-grade teacher) face fuming with fury. But nothing could stop that word from becoming more and more popular. Little by little, it came to be known by the whole school and Ms. Granger had to spend hours after school giving detentions to children who said ‘Frindle’ instead of ‘Pen’.

It became so famous that news reporters started flocking Nick’s house to ask questions about the word. By now, Nick was known all over America, and the world at the same time. When Nick grew up, Ms. Granger sent him a letter saying that she got published the word ‘Frindle’ just for him in the dictionary. When Nick took the dictionary Ms. Granger sent for him, he looked up for the letter ‘f’ and saw his word written down with the meaning ‘a device used to write or draw’ which made him happier than ever.

Out of all the books I have read of Andrew Clements, this appears one of its kind. The story is well-framed, and the illustrations help to visualise what was happening, unlike what he did in his other books. It also had me smiling all the way because of its unstoppable humour. Besides other things, the book also gives a peep into a teacher’s heart; how proud a teacher feels when her student achieves something big or becomes something in life. The use of figurative language such as simile and metaphors in the book is magical. No wonder why this book received more than 35 awards and honors.

It was indeed a delightful read. For the reasons mentioned above, I feel like reading the book again and again. From my side, I give this book A+.