Book Review: ‘One dog and his boy’ written by Eva Ibbotson 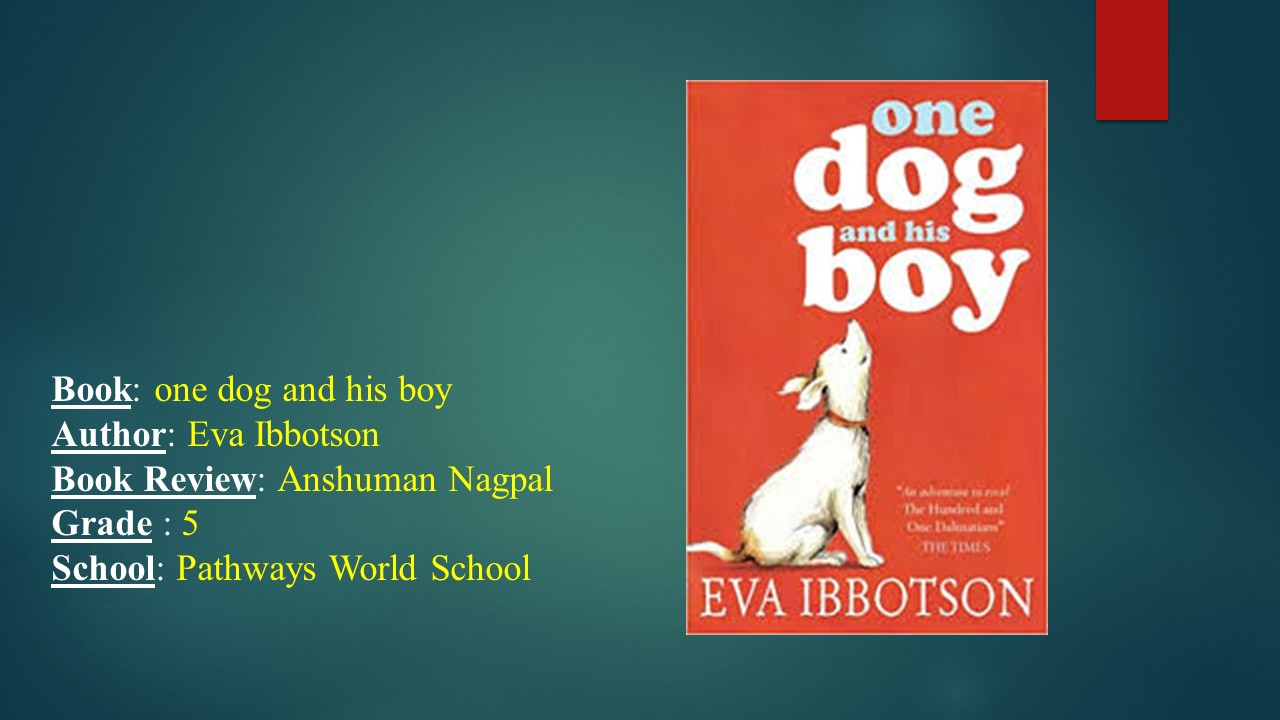 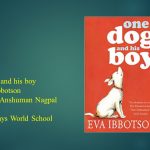 ‘One dog and his boy’ is a heart-warming book written and illustrated by Eva Ibbotson.

Eva Ibbotson, was an Austrian-born British novelist, known for her children’ books. She was born on 21 January 1925 in Vienna, Austria and died on 20 October 2010 in United Kingdom. Many of her books have won the Nestlé Smarties Book Prize for 9 to 11 years, and ‘One Dog and His Boy’ is one of them.

This book was originally published in 2010 and the genre that the story follows is a mix of mystery and adventure. Children of and over the age of 8 are suited to read this book.

The book is about a kid named Hal who lived in an immaculate house with his shopaholic mother, Albina and his workaholic father, Donald. All Hal wanted was a dog, but each time he asked for one, his parents would deny it. Once Hal’s parents discovered the ‘Easy Pets Dog Agency’, and they took Hal along to have one from there. Hal was very happy to have a dog, but little did he know that the dog that he chose was not for his whole life, but just for the weekend. Hal and his dog, Fleck, must find a way to be together for always! How they managed to do it is something one must read the book to find out!

‘One Dog and His Boy’ is the first book that I have read of Eva Ibbotson. When I started reading the book, I could not really get what the story was all about, but then after reading 30 pages or so, I started enjoying it. I love what the story is based on, ‘dogs’, as even I would like to have one in my house someday, just like Hal so that I could also play and have fun with it just the way Hal had.

Adventures through circuses, hills and moors in this book are the things that I felt excited reading about the most. It also has a wonderful plot around which the story revolves. What I did not like about the book is lack of illustrations. I was particularly looking for figurative speech and poetic devices which the author has not made use of. Nevertheless, whatever I read, I liked it. I would give this book 4 out of 5 stars.