Book Review: The Boy Who Grew Dragons By Andy Shepherd 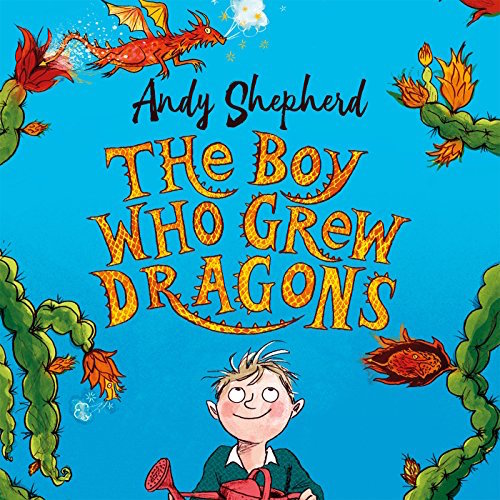 The story narrated in this book by Andy Shepherd and illustrated by Sara Ogilvie, is about a little boy named Tomas.

Tomas discovered a dragon fruit tree in his grandad’s garden. First, he thought nothing much about it, but after he saw dragons popping out of the fruits, he was one boy who got shocked, and amazed at the same time!

He could not wait to tell his superhero squad all about it. When Tomas’s friends got to know about it, they too could not believe their eyes what they saw!

My recommendation and views

The part where I could not stop laughing was when Tomas’s dragon (Flicker) pooed all over the classroom, including Mr. Firth’s (Tomas’s teacher) cup, which was filled with his coffee!

If one has not read this book, I feel, one would never know the fun of being and playing with dragons ever. Having fiery, ferocious dragons as one’s pet is the most daring and funniest feeling in the world.

On a scale of ten, I give nine points to the book. Happy reading!