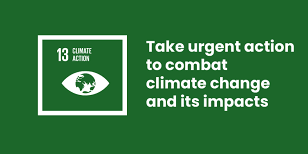 Why is climate change, as a big challenge?

Climate change is expected to have unprecedented implications on where people can settle, grow food, build cities, and rely on functioning ecosystems for the services they provide. In many places, temperature changes and sea-level rise are already putting ecosystems under stress and affecting human well-being. We are facing an existential threat and rapid prioritization of attention and action is necessary. If we continue along our current path, scientists say that the consequences will be devastating, having implications on where we live, how we grow food and other services vital to our well-being.

A 2°C increase could mean more heatwaves, a ten-fold increase in Arctic ice-free summers and a complete wipe-out of the world’s coral reefs, home to millions of species.

What is the impact of coronavirus?

The impact of the coronavirus crisis on climate could depend ultimately on choices made regarding how governments want their economies to look when they recover and in particular, how much they will continue to rely on fossil fuels.

How is climate change impacting the world?

According to the United Nations Development Programme (UNDP), there is no country that is not experiencing the drastic effects of climate change.

Greenhouse gas emissions are more than 50 percent higher than in 1990. Global warming is causing long-lasting changes to our climate system, which threatens irreversible consequences if we do not act. The annual average economic losses from climate-related disasters are in the hundreds of billions of dollars.

This is not to mention the human impact of geophysical disasters, which are 91 percent climate-related, and which between 1998 and 2017 killed 1.3 million people, and left 4.4 billion injured.

Climate change is adversely affecting human health and that health risks are projected to increase.

Solutions are within reach and much can be done by acting on present knowledge, but this requires political will. With current trends in greenhouse gas emissions, a global average temperature increase of over 3°C above pre-industrial levels is projected by the end of the century. The increase will be higher over land than the oceans, exposing the world population to unprecedented rates of climate change and contributing to the burden of disease and premature mortality.

Health risks will increase due to climate change which includes:

Is there a growing risk of forced migration?

What can be done?

CLIMATE ACTION IS THE ANSWER.

If we don’t act now everything will get out of control. UNDP’s Sustainable Development Goal (SDG) 13 is Climate Action.

What are the solutions to accomplish SDG 13?

Limiting climate change requires a major shift in investment patterns towards low-carbon, climate-resilient development, including infrastructure estimated to cost US$4 trillion a year until 2030.

The solutions listed below provide a wide range of finance options to significantly increase resources that can help halt and adapt to climate change:

The effective implementation of Climate Action can:

Fighting climate change gives us a chance to put the wellbeing of people first by ensuring a right to a healthy environment. This will give us an opportunity to enhance human rights, for example by enabling more people to access cleaner and cheaper energy resources and create job opportunities in new sectors.