Climate change is not a jargon 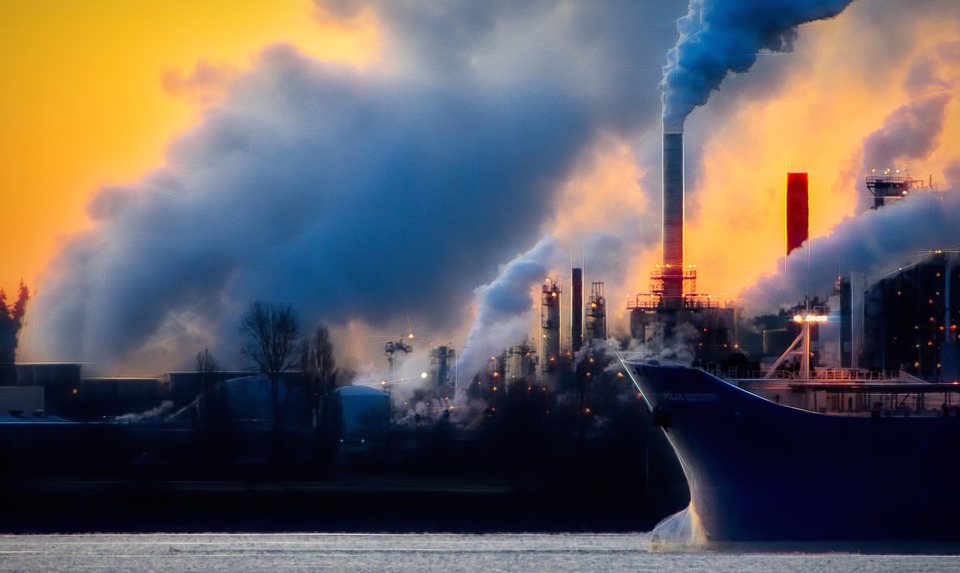 Well, thats true. Climate change is not jargon. It’s common knowledge and a daily conversation in all parts of the globe.

It is not only the result of human actions, as we generally read about it, but also an outcome of nature’s dynamics. Let’s dig into what went wrong, when, where and why?

The planet’s average surface temperature has risen about 1.62 degrees Fahrenheit (0.9 degrees Celsius) since the late 19th century, a change driven largely by increased carbon dioxide and other human-made emissions into the atmosphere.
Here is the link and reference, which gives us a view on the natural process of climate change.
(https://www.ncdc.noaa.gov/monitoring-references/faq/indicators.php;http://www.cru.uea.ac.uk/cru/data/temperature; http://data.giss.nasa.gov/gistemp).

Is it a natural climate cycle?

Many scientists believe that climate change is occurring due to a natural climate cycle, which involves changes in the sun, volcanoes, Earth’s orbit and CO2 levels.

It is interesting to note that the Earth has naturally warmed up and got colder during other eras as well. But the climate change cycles have always been much slower, taking millions of years.

In the last 200 years, climate change has been so drastic that it has brought the human world in danger of survival. Natural climate change is a very slow process and extremely difficult to measure i.e. beyond human technological skills and scientific interpretations.

Whats has happened beyond the natural climate cycle?

In addition to natural climate change, presently, nearly 90% of the changes in climate are due to human actions driven by our lifestyle and demands.

Most of the human actions are based on his socio-economic needs and greeds. The industrial revolution in the 18th century which began in England spread to other colonial territories. It was less an outcome of population growth on earth and more of geopolitical aspirations. Other nations followed the footprints of Britain. Cottage industries started booming both small scale and large scale for business opportunities and profit motives. Industries were also fulfilling the demands of warfare.

The agricultural revolution came to ensure food security. However, it soon got converted into agro-based industries. We have seen around a 14% increase in agro-based industries in India alone. Why did humans grow more than what was needed and also beyond what was the capacity of the land? A large amount of production has happened to show the “efficiency and productivity” of the processes and infrastructure and not necessarily because of the needs of humans on the earth.

The land wasn’t any less but human aspirations to cluster on and capture the most fertile land were always high.

Industries, agriculture and settlement modifications led to change in the microclimates of various ecosystems. Repercussions of  which is increase in greenhouse gases (increase in fossil fuel consumption), receding glaciers, urban heat islands, breathless plants and trees (increase in pollution), death of aquatic life (as due to more evaporation salinity in oceans are on rise) and much more is happening at various parts of the world.

It would not be incorrect to say that human existence has got enveloped in the blanket of gadgets and chemicals, which cause an increase in the average temperature of the earth’s atmosphere.

Is this true development?

What we call “development” created greenhouse gases and small particulate matter in resource reserves. All this and much more is responsible for temperature increase, global warming and climate change. It’s not only the number but also the type of human needs and lifestyle demands that have led to the scarcity of resources.
We became a society of smart people through the developments and innovations we did, we are still become wise people.

“The danger is that global warming may become self-sustaining if it has not done so already. The melting of the Arctic and Antarctic ice caps reduces the fraction of solar energy reflected back into space, and so increases the temperature further. Climate change may kill off the Amazon and other rain forests, and so eliminate once one of the main ways in which carbon dioxide is removed from the atmosphere. The rise in sea temperature may trigger the release of large quantities of carbon dioxide, trapped as hydrides on the ocean floor. Both these phenomena would increase the greenhouse effect, and so global warming further. We have to reverse global warming urgently if we still can.”

Stephen Hawkings said in an interview to ABC News in 2006

There are actions been taken in small ways across the globe. Every action matters, but these are not enough. While the natural climate cycle will play its role, the size of the human population and its acts around mindless development will lead to higher global warming and climate depletion.

“The predictions for what exactly will happen to Earth as the Sun brightens over the next billion years are pretty uncertain. But the general gist is that the increasing heat from the sun will cause more water to evaporate off the surface, and be held in the atmosphere instead. The water then acts as a greenhouse gas, which traps more incoming heat, which speeds up the evaporation”

Climate change is an emergency NOW.

Humans will have to adapt and find new ways to keep itself alive. If we are not able to mitigate the situation or slower it’s pace; we need to search for another planet or wait for humanity to vanish.

You may also want to read this article from our Curious Reader: Global-warming-a-creation-of-humans-threat-to-humans

Dr. Swati Rajput is a professor in the Department of Geography, Shaheed Bhagat Singh College, the University of Delhi. She has been involved in teaching and research for the last 17 years.
She has authored various national and international publications. Her expertise includes urban geography, food security and disaster management and climate change.