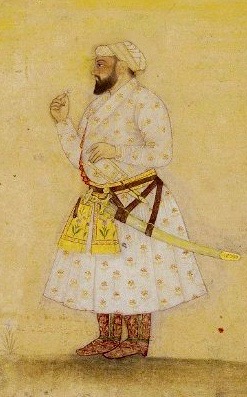 Guru Teg Bahadur was the 9th out of the 10 Gurus of the Sikhs. His martyrdom is observed as Shaheed Divas.

He resisted forced conversions of non-muslims to Islam under the rule of Aurangzeb. He was publicly killed for this. In Guru Granth Saheb, there are more than 115 hymns of Guru Teg Bahadur.

He is remembered for his selfless service to the community as he made public kitchens and wells for the poor.