In Another’s Skin – The Chicken and the Zebra 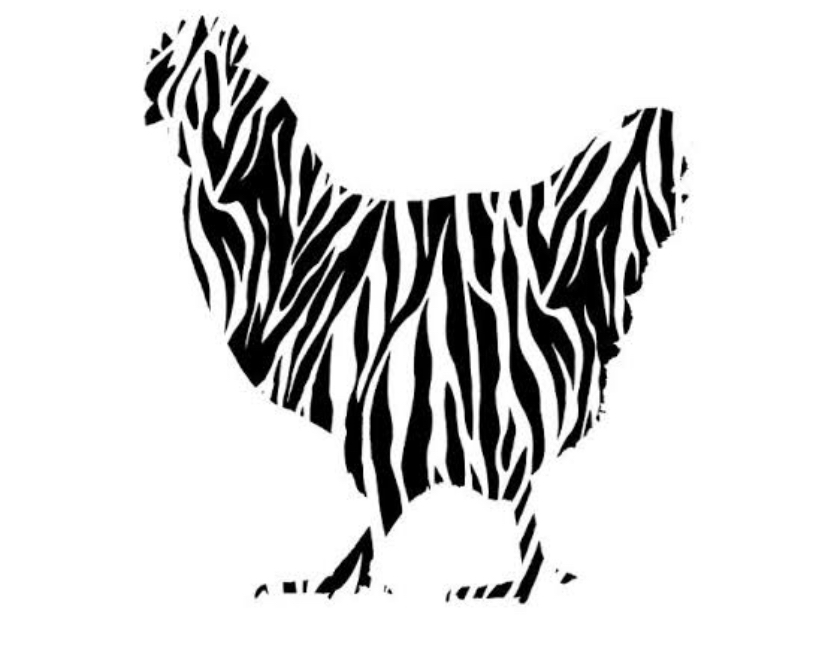 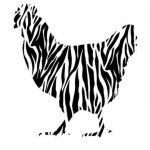 ‘Seriously? A gun? Where did you even get that!’

“You don’t need to know! Now hand over your skin and I’ll let you go!’
‘Fine, fine, it’s no use dealing with a physco. Especially a phsyco that’s a chicken.’
The irritated zebra handed over his extra black and white skin that he usually saved for emergencies to the plain brown chicken. Finally, the chicken thought, finally I can be more than just a tiny common farm animal whose eggs you stole and ate without any mercy. Now, it would be an exotic animal with a beautiful coat that was prized by hunters and collectors.

The chicken hurriedly put on the skin and went around cackling and crowing, leaving behind a very creeped-out zebra. To be honest, the chicken looked nothing like a zebra, but more of a mangled, thin and very malnourished horse with the coat of a zebra. The poor zebra’s new skin was gone before he even wore it.
Now to introduce myself to the people at the farm, the chicken thought and strutted along.
When it arrived at the farm, everybody stared at it with an awestruck expression and some been asked for its autograph, which of course, was refused. It got into the tables and had a well-deserved nap.

However, in the evening the farmer came to see it and from here things began to go downhill. Oddly, he was carrying a rifle, also, he had a knife in a sheath too. Before the poor chicken even knew what was happening the rifle went ‘BANG’ and a bullet thudded into the wall beside it. Immediately it ran and ran as far away from the stables as it could, but the farmer went on chasing it. A zebras skin was extremely rare and prized in the market and could be sold for a lot, so of course, the farmer would want to hunt it. This chase continued through the night, but since the chicken was not a zebra it couldn’t hold out for so long. Its legs were aching and it couldn’t breathe. It knew what to do now. It had to return the skin to the zebra, then only would it be free from the gun and knife. At least being a lowly chicken was better than having to run for its life.

It went to the zebra and returned the skin to a very happy zebra until it saw how dirty his new skin was.
Anyway, the little chicken went back to the farm and was actually happy that it was a chicken. Eating and sleeping, even though it meant having its eggs taken away from it, was much better than running around just to survive. And plus, grains taste a lot better than grass.

So, always be happy with what you have and who you are, it’s much better than trying to be something that you aren’t.