Integrity – a way of life! 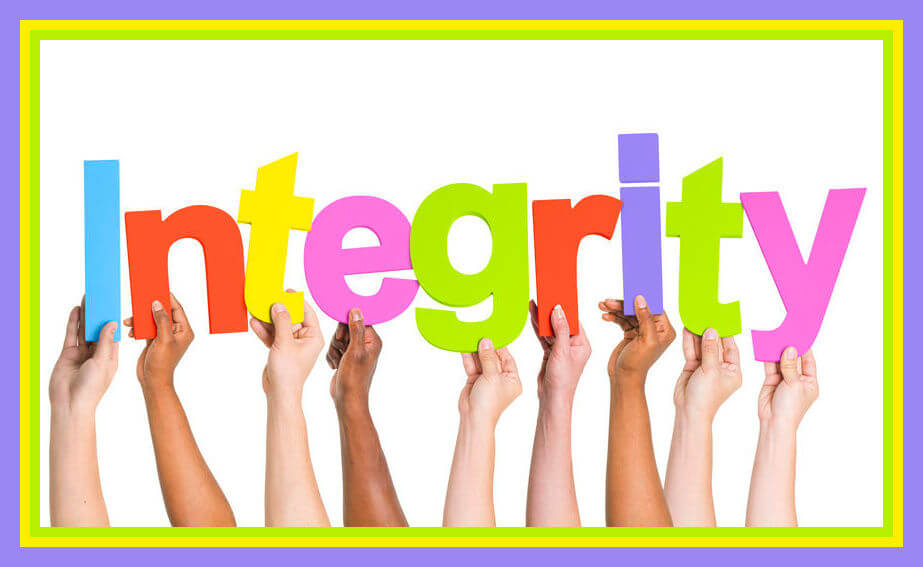 “I would ask for still more if I had the sky with all its stars and the world with its endless riches, but I would be content with the smallest corner of this earth where even if science departs, sweet truth reigns.”

Truth, honesty, integrity– the three-syllabled words almost synonymous with each other. These ideals pave the way of life for all.

The idea of integrity being a way of life is not new. We, Indians, have upheld honesty since time immemorial. One does not need to look far to prove the veracity of this statement. Our national seal proudly touts the words Satyamev Jayate – the truth alone triumphs. Upliftment of truth over lies can be traced back to ancient Sanskrit texts where stories sing glories of kings so honest, that they would even sacrifice their life for the honour of truth.

Progressing a bit further in the dateline of history, we see honest king Solomon in the Old Testament of the Bible. His kingdom flourished beautifully and prospered all under a single motto – integrity is a way of life. Now, if we move to a bit more towards modern India, we see Mahatma Gandhi, who held onto the idea of truth very steadfastly.

“ I have nothing new to teach the world. Truth is as old as the mountains.” While this clearly gives us an idea about how long truth has reigned on this planet, it instantly brings to mind a question formed by the juxtaposition of ‘truth’ and ‘old’ – has the truth become old and as a result forgotten?

Integrity has always maintained a status. In the past, it has enjoyed the status of a best – selling book, always referred to, always recommended. But now integrity is like some old classic novel that is packed up in some dark corner of a shelf, gathering dust over the years.

Luxuriating in the seemingly unfailing light of dishonesty, our minds and the world we live in is crumbling. Riddled with confusion, distended by violence, we are always on the brink of some casualty of lies and lack of honesty.

Gone are the good old days when people would trust blindly. Now everyone is looked upon with a suspicious eye and numerous witnesses also fail to prove the truth. Our suspecting nature has spawned from this futile disregard for integrity.

So in the light of our upcoming independence, an evergreen poem by sobriquet Gurudev, poet laureate Rabindranath Tagore comes to mind-

‘Where the mind is without fear and the head is held high;
Where knowledge is free;
Where words come out from the depth of truth;
Father, there let my country awake.’

It is time for new independence and awakening to a new sense of the recurring truth – that integrity alone can set us free from the shackles of corruption that is hindering our progress. It is high time we search the darkest moth-eaten corners of that shelf and dusted off an old volume titled Integrity.

After all, old is gold and some books are evergreen classics which time and time again remind us that it is only honesty that lives up to its reputation as the best policy.