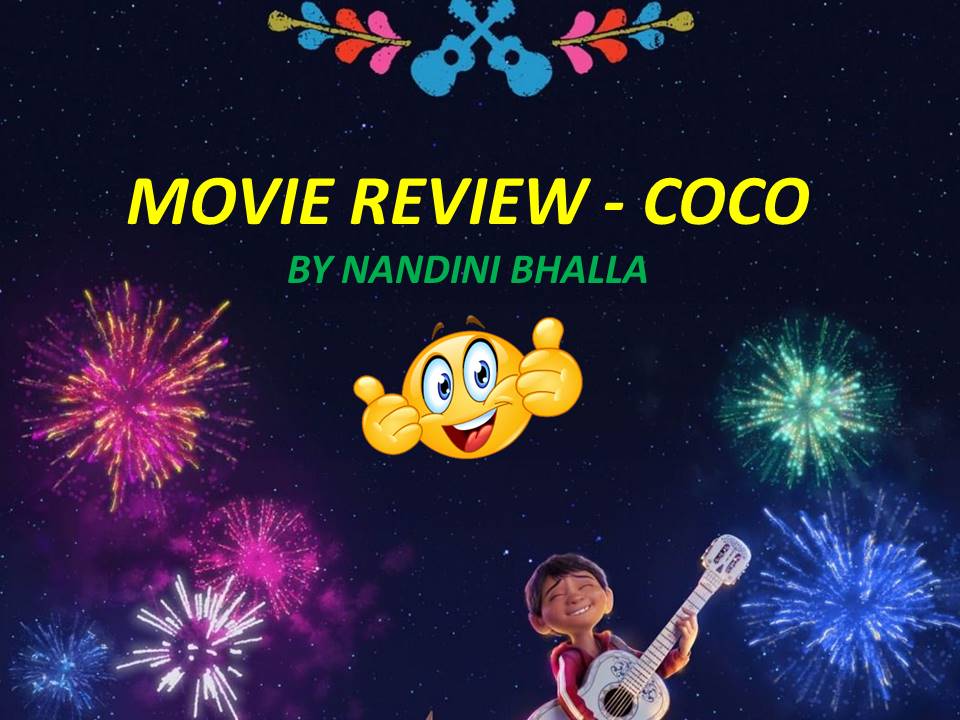 Coco (2017), an Animated,  movie is the perfect feel-good movie, full of heartfelt moments you can watch with your family this weekend. It explores the themes of familial responsibility, death and loss. It is culturally sensitive as it makes us familiar with the Mexican culture, gives us an imaginary insight into the netherworld. It enlightens us about the day of the dead festival.

Mriguel (The protagonist) was constrained by his family to conceal his earnest passion for becoming an accomplished musician. Mriguel wanted to reign on people’s hearts through the power of his music just like his once great-great-grandfather did. His family has a multi-generation ban on music because Mriguel’s great-great-grandfather who was also his idol, ran out on his young wife and infant daughter to chase his musical dreams due to which Mriguel’s family were convinced by the idea of music being a curse for them.

In the pursuit of following his heart, Mriguel finds himself in an absolutely stunning Land of the Dead, Where many cards about his family’s past are going to get unfold which ultimately make us think if Mriguel was really destined to go there as the first living human to make an entrance in the land of dead.. In the process of escaping from the netherworld and finding his place where he actually belonged. He was able to overcome his defining flaw of having a stubborn behavior by taking notice of the fact that there was more to life than personal glory.

The best part I liked about this movie was the essence this movie immensely celebrates the significant value of memory and legacy as one is always remembered and defined by the noble values they possessed within themselves during their lifetime, not by the things they owned.

In Coco, the movie shows that as long as a deceased person has someone alive who is rooting for them, even the slightest imprint. They get to be a part of netherworld or else they disappear from there also and call it final death.

The movie is written in a hilarious, loving and grasping way. The devotion of the movie towards a mesmerizing soundtrack will surely make your day.  The animation is simply exhilarating. This movie added colors to my tedious routine. Hope it will help you find an escape as well. It is totally worth watching if you have not given it a try yet. I would give this movie a full-on five-star rating.