We all love Goa. The place is so inviting for its lovely beaches and its mixed culture. Did you know Goa got freedom from Portuguese rule after an extended freedom movement and Army operations in 1961?

How did Goa get freedom?

After the British left India (in 1947), Goa remained the only region in  India under foreign rule. Despite frequent requests and delegations from the Indian government, the Portuguese were not ready to free Goa. 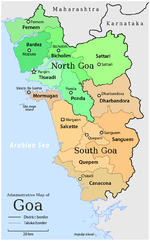 Towards the end of the year 1961, the Indian government deployed armed forces in Goa. The Indian Army conquered Goa on December 17, 1961, through an army operation called “Operation Vijay”.

On December 19th, 1961, India declared Goa as a part of Independent India. 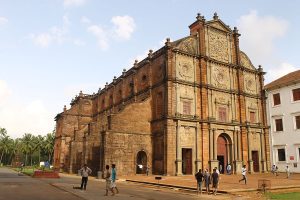 How is Goa Liberation day celebrated?

The major celebration is a torchlight parade that is conducted from three different places of Goa. These three parades eventually gather at the Azad Maidan, where they pay homage to the freedom fighters. Cultural programs are also organised during this occasion.

Curious Times brings to you the Curious Times Weekly with the top news of the week. You can also check out The Curious Magazine, the first children’s magazine with all the great content by the children, for the children. We would love for you, dear children, to write and get your stories, art, thoughts and more published at My Expressions. You can share all your published content through social media sharing links available on Curious Times.

Panaji is the capital of Goa. It is India's smallest state by area. Goa has the highest GDP per capita among all Indian states.