NUCLEAR POWER….BENEFICIAL OR A THREAT? 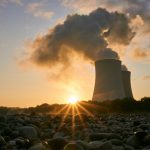 Electricity is essential for progress and is an extremely useful source of energy. We can obtain electricity in various ways such as hydropower, wind power, solar power and nuclear power. In this article, I will be focusing mainly on nuclear power as it has been a controversial topic for quite some time.

There have been multiple countries that have banned nuclear power in the past. In 2016, Australia, Austria, Denmark, Greece, Ireland, Italy, Estonia, Latvia, New Zealand and several other countries were opposed to the use of nuclear power and depended more on raw materials such as coal. This is because the usage of nuclear power comes with plenty of risks. There is always the risk of a meltdown occurring, or even leakage of radioactive waste which is highly damaging to the environment. A nuclear meltdown is when the cooling systems fail, and the nuclear reactors reach such a temperature that they melt straight through the reactor or damage the reactor wall. This melting, then allows the spread of radioactivity, which as before can cause great damage to the human body. There is also the chance of contamination within the environment if there was to be a leakage of radioactive waste in that area. Radioactive waste, if gotten into the workers at a nuclear power plant, can also poison them, which furthermore, would take their life. There have been three major accidents that have led to the thought of discontinuing nuclear power: the 1979 Three Mile Island partial nuclear meltdown in the United States, the 1986 Chornobyl disaster in the USSR (now Ukraine), and the 2011 Fukushima nuclear disaster in Japan.

On the other hand, there are also many reasons why people believe that nuclear power should not be banned. Nuclear power generation does emit relatively low amounts of carbon dioxide (CO2). The emissions of greenhouse gases and therefore the contribution of nuclear power plants to global warming is relatively little. It is possible to generate a high amount of electrical energy in one single plant. Nuclear power can generate a lot of electrical energy in just one single plant, and with there being 440 plants across the world; this would cost an awful lot of money to get rid of and then replace the energy and electricity which it supplies us with.

Considering both sides of the argument, we can see that there are many reasons for nuclear power being banned, just as well as reasons for nuclear power to not be banned. The main reason that people believe nuclear power should be banned is that there is always the risk of spillage of nuclear gases, or a leak in the power stations, which would have a great impact on humans’ health. The main reason why nuclear power shouldn’t be banned is that it provides a huge amount of the world’s energy and electricity source. Furthermore, as for the number of deaths that have occurred from nuclear power accidents; there are so many things nowadays that could kill people, we just try not to look at them in that way, for instance, there could be a massive pile-up on a motorway and kill a numerous amount of drivers, passengers and general citizens, but that doesn’t mean that people are going to stop driving does it? So why should nuclear power be banned because of the risk of there being a fault that could cause deaths among humans? The workers in nuclear power plants are fully aware of the risks they take every day and the risks of the radiation, but safety measures are in place to protect these workers from getting harmed, and they are trained on what to do in the case of emergency, so, therefore, it’s entirely down to them to do the job or not, at no point are they being forced to work under such conditions that are putting themselves at risk. I think that overall, the benefit of nuclear power outweighs the risk so therefore nuclear power SHOULDN’T be banned, and I think this because…to get rid of all the nuclear power stations over the world would cost an awful lot of money for the governments and that’s money that could be put to better use elsewhere. Also after paying out to get rid of the nuclear power plants throughout the earth, we would then also have to pay for other methods of providing the electricity and energy resources that these plants provided, it would be easier and more efficient to just spend the money into finding more ways in which we can prevent leakage at a power plant and how we would handle such a situation if another one were to occur.

All types of energy have some pros and cons. We need to weigh them against one another. Using nuclear power does have many risks but if used in the right way, can be beneficial to society and help prevent the ever-rising problem of global warming.