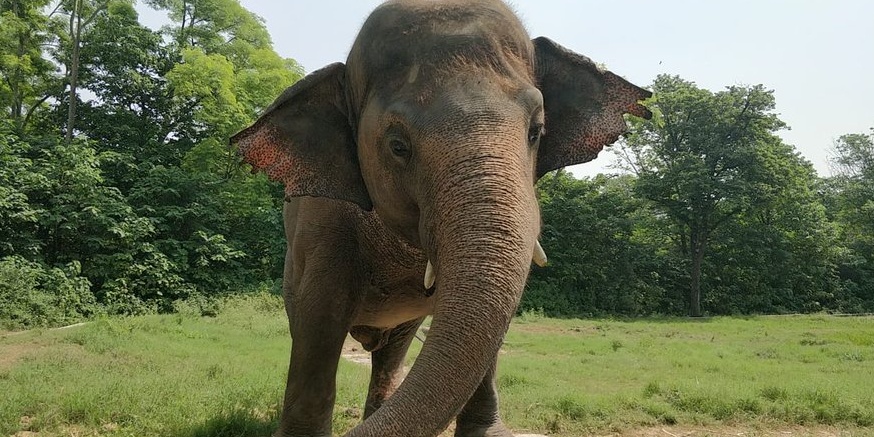 The elephant’s name was Manu. Manu lived in Nature’s Bed Sanctuary. There were many trees and a small pond flowing through the Sanctuary. Manu’s friends were Varna- the snake, Chana -the monkey and Manya- the giraffe. Along with her friends and other animals she lived peacefully.

One day, a stranger came like a visitor and entered the Sanctuary. He went inside the Sanctuary and the first animal he saw was Manya. He frightened the security guard and ordered him to separate Manya from her calves. Then Manu came there and saw the security guard separating Manya from her calves. Manu took the baby calves and took them to their mother. Manya at once hugged her babies and was very excited. Manya thanked Manu and they lived happily after in the Sanctuary.

From this story, we learn that ‘A friend in need is a friend indeed’.