An Autobiography of 10 rupees coin 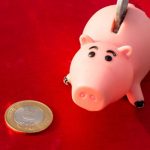 I am a 10-rupee coin and a valuable part of the Indian currency.

I was born in a mint and then, I was sent to the Reserve Bank of India. After a few days, I was sent to an Axis bank. A few days later, I found myself in a dark place.
The dark place was the pocket of a boy, named Manan Agarwal. There was a packet of gum in his pocket and it was so sticky and suffocating, that I wanted to go out of the pocket. He went to play cricket and picked me up for a toss. I was very relieved, but I didn’t know that relief would change into a pain, as I was tossed again and again. Then suddenly his brother Rajveer Agarwal said, I have won the toss and now this coin is mine. After the match, Rajveer found a beggar and was upset to see, how he was struggling for food. So, he quickly picked me up, got a packet of bread from a tea shop nearby, which was easy on the pocket and gave it to the beggar.

I was so happy that day, as I was used so well by that boy. After that, a teenager came and asked for a two-pack of bread. The amount for the bread was 40 rupees but the man had 50 rupees and to give the change, he picked me up and handed me to the teenager. Then, he thought nothing nice could be bought with just a coin, so he gave me to a beggar which showed he had no value of money. The beggar thought, he was very lucky and then began to count all of the money he had.
Unfortunately, when he was counting me by mistake, I got slipped by his hands and fell into a drain. Now I am in that drain and continuing my boring life.