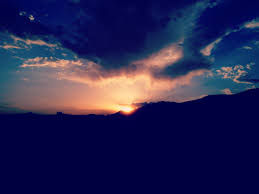 Changes are a part of our evolution. No two years nor any two decades or any two centuries are alike. Climate change, global concern over the last few decades has various impacts on our ecosystem and ecology. Climate by definition is the average weather at a particular place, in consideration with temperature, humidity, wind etc. The climate started changing a long time ago due to natural and man-made activities, but we noticed its effects and consequences only recently. It leaves a variety of signatures in our world like the extinction of certain plants and animal species, the change in the chemistry of oceans and lakes, accumulation of ice in certain regions, increase in temperature at certain other places etc.

A paradoxical subject, climate change has many reasons and causes including natural and human-made. Natural causes such as volcanic eruptions, ocean currents, solar variations etc. contribute their ratio in climate change. For example, sulphur dioxide gas from volcanic eruptions can affect the atmosphere. The change in ocean current circulation will affect the climate through the movement of carbon dioxide in or out of the atmosphere. A change in the earth’s tilt can make us experience warmer summer and colder winter or the reverse.

Another main reason is human activities. The industrial revolution, and the large scale uses of fossil fuel, led the planet entering into a new geological era “Anthropocene” characterized by human impact on the earth. The main impact of this was the increase in the global temperature of the planet by the ‘Greenhouse effect’. It is estimated that by the end of the present century the temperature would rise by 2.7degree Celsius even if we do remedies to reduce the emissions.

Whether natural or man-made, climate change brings disastrous consequences endangering all the life on earth including human beings. The worst impact is the increase in global temperature which leads to melting of ice at poles, which in turn cause a rise in sea level, producing flood and threatening the coastal environments through which some of the major cities and islands are at the verge of disappearance. Climate change also increases the appearance of more violent weather such as drought, flooding of rivers and lakes, acidification of oceans, creation of climate refugees and massive migrations, destruction of the food chain and economic resources, death of animal and plant species and even to extinction of certain ones.

Climate change cannot be avoided, but we can change our approach more productively with small and large scale measures that help to slow down climate change. These actions are known as climate change Mitigation and Adaptation measures. Mitigation refers to any activities that reduce the overall concentration of greenhouse effect in the atmosphere. It includes: the planting of trees, protection of existing forests, use of renewable energy and carbon neutrality. Adaptation refers to activities that directly reduce the vulnerability of the people, ecosystem and infrastructure from the impact of climate change. This includes building defences to protect coastal areas, improving early warning system to warn of any natural disasters and any disease outbreak due to climate change. The 2015 PARIS Agreement was signed and announced with this desire.

Climate change is a story with many interesting angles. For a long time, we all considered this as an environmental or science story, but now it’s clear that this is a story about our life and our own existence.

So wake up and ACT NOW.