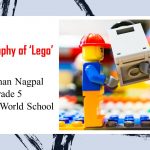 Dan Simmons rightly remarked, “When we are old and failing, it is the memories of childhood which can be summoned most clearly.” And these memories if one can concentrate on, would be related to either friends or the toys one played with when one was young!

Toys are, thus, an integral part of almost every child’s life. Toys give them happiness. There are so many different toys in the world that children play with. As a kid, I am sure you played with many toys as well. I can say without a doubt, that some of these toys were toy cars, RC cars, nerf guns, Jenga blocks, and magnets. Even though you have not played with me, you must have seen me in different toy stores or have dreamed about having me at least at one point in your life. Can you guess who exactly I am? It is not all that difficult because nearly everyone knows me? That is right, I am LEGO!

Even though you might be longing to play with me, you should know that I was not as handsome (sophisticated) back in my childhood days as I am now. It all started when my master and founder, Ole Kirk Christiansen, closed his carpentry company and dismissed all his workers due to lack of money. He had to start up with something new because if he did not, he would not have been able to support his family. And it did not take much time for him to get an idea! In just a few days, Ole Kirk Christiansen started making moving toys, with the help of his sons, out of the wood left from the remains of his carpentry company. Their company started to sell well, and word spread that the finest toys made of wood were being sold at Ole’s house. One day, a man came to his house, and placed a big order on his toys, so that the man can put them up in his store for Christmas. Ole was surprised and he worked hard to fulfill the order, but sadly, it was not successful, as the man who placed the order had become bankrupt. So, Ole decided to go on the streets and sell them by walking up to different stores. Time began to pass, and the sales were very slow, and it was then my creator thought of a name for myself. He wanted this name to be based on the Danish words, ‘LEG GODT’, which translated to ‘PLAYING WELL’ in English. He soon came up with the perfect word for me, ‘LEGO’! And Lego had started to make a profit. Slowly and gradually, the Lego company expanded, which helped them build a larger factory with many more machines to make the task easier. Soon the Lego company had stopped making wooden toys, but bricks, which could be built easily by stacking them, one on top of another! The problem was that whenever people tried to lift the amazing structures, they would topple to the ground! So, one of Ole’s sons continued his father’s creation, and made the bricks interlock, so they do not fall apart. This was a major success, and different models of me were made and sold, spreading to other countries besides just one. And from that day onward, the Lego company never failed.

By the way, did you know that children can start building me right from when they are just four years old? Also, my sets are not just for children, even adults can build them. My sets have a very vast price range. They start from around 300 rupees and can go up to more than 60,000 rupees. This is due to the sophistication and precision of my bricks.

One strange thing is, even though buying one of my sets is very expensive, people keep coming back to buy them, and the reasons are quite obvious! Building one of my sets has a great deal of advantages. Building me can help in enhancing a child’s creative skills. It encourages one to use and experiment with pieces from old Lego sets and convert them into their own creation. Building me in a group can develop social and communication skills. By participating in deciding which piece should be put where leads to a lot of discussions and collaboration among those who try putting me together. Playing with me can also reduce problem of being bored. I help in improving a child’s concentration as building a Lego set requires extreme attention to minute details and pieces. Last but not the least, I help in building a child’s self-confidence. You see, when a child is done building a Lego set, he achieves a sense of accomplishment and pride, and feels that he can build bigger and more complicated Lego sets.

So, if you do not have or bought me yet, let me tell you that you are really missing something in your life. I would like all children to buy at least one of my sets if not more to feel what fun it is to have and play with me!!!